Back to About Us

American musician Richard Roy, inspired by the cultural and artistic history of Europe, dreamt of establishing an institution in Paris for international students to pursue art and fashion in Paris. The Paris American Academy began as a fine arts and language school in 1965, with administrative offices in a 7th floor walk up on the Rue Saint Didier. Roy then traveled the road of the Latin Quarter, establishing points at the Scola Cantorum (formerly a monastery for Benedictine monks in the 17th century, made into a music conservatory by Vincent d’Indy in the 19th century), as well as ateliers on the rue des Ursulines, rue Saint Jacques, rue Louis Thuillier, impasse Royer Collard. Each of these historical ateliers was used for different disciplines, having students study with particular authorities as an apprentice would work with a successful master. 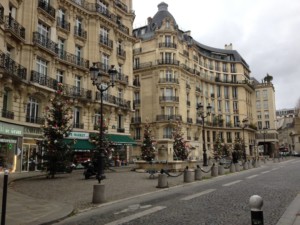 Shortly before PAA’s 25th anniversary, the Academy acquired the beautiful and ancient pavilion of the 17th century Val de Grace for additional classrooms and offices, leading to the artistically and historically rich environment of the PAA campus today. What began as a four-week summer program in rented spaces has developed into a fully established independent institution, with an international community of alumni from countries around the world and in many different artistic fields. New alumni are pleased to find a network of PAA friends in over 50 countries and on all continents.